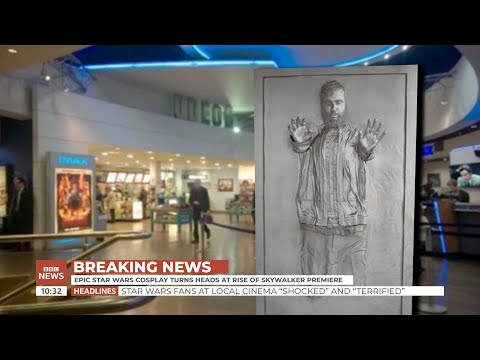 It started with an idea and ended with an appearance on BBC breakfast!

We had an idea to create an epic cosplay for the release of Star Wars: Rise of Skywalker. We wanted to recreate the iconic Han Solo frozen in carbonite scene from The Empire Strikes Back (made with Shadow Foam of course!). We attended The Star Wars Premiere at the Trafford Centre in Manchester and surprised a few Star Wars fans.

We ended up meeting some great cosplayers from the 99th Garrison and were interviewed on BBC Breakfast News! Who doesn’t love a bit of Shadow foam with their cornflakes!?

The great thing about Shadow Foam is it’s so versatile, you can use it for a wide range of things. This video series is all about showing off all the ways you can use Shadow Foam, and hopefully give you some inspiration! Watch our whole video series here.

Shadow Foam is perfect for so many different uses. This being just one example, but don’t just take our word for it, look at some of the fantastic reviews our customers give us!

Check out the the making of our Star Wars Cosplay – see how we made it and get a closer look at it.

For every £1 you spend (excluding toolboxes), you get one

Elite Points can be redeemed for rewards at our Elite Store.

Only registered users can redeem Elite Points, if you want to claim points on your purchases, please create an account.

How do I know how many points I have?

Can I use my points for other products?

No, the Elite Points are for the exclusive products in the Elite Store. The points cannot be redeemed on any other product.

Which foam should I get?

We offer two grades of foam, both are perfect for organising anything! However, there are a few key differences between the two that may influence your decision in getting one or the other. 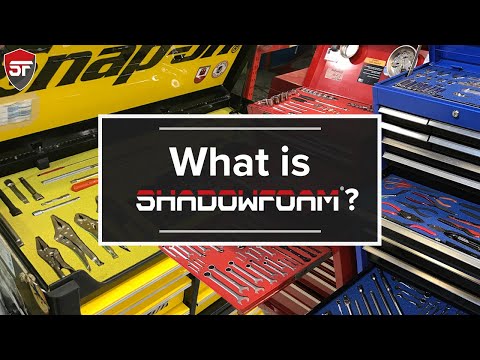 Easy Peel is the only product of its kind available on the market. To get organised requires a simple 2-step process: cut and peel. Easy Peel is available in 8 top or base colours*, making the customisation possibilities endless.

*Top colours are only available in Easy Peel Packs

Original is a polyurethane foam that offers a professional-looking finish in a range of 9 surface colours. Original is a non-layered foam that requires the depth to be trimmed, not peeled (like Easy Peel).

Free Next Day shipping is available on all UK orders1 when you spend £75 or more.

1 Orders to N.Ireland, Highlands, Isle of Man and the Channel Islands incur an additional £3 fee, regardless of order value.

We offer worldwide shipping, fulfilled from our UK warehouse. For more information on shipping to your country, click this link.